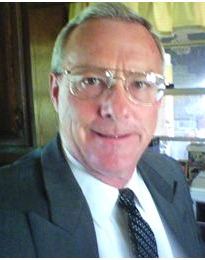 Steve was a First Responder with Harrisburg River Rescue in 1982, he then became an EMT. In 1985, he expanded his public service and became a Police Officer with the Hampden Township Police Department, where he retired after 25 years of service as a Senior Patrolman in 2010.

Steve became the first Hampden Officer to be certified as a state inspection mechanic. In handling the community relations for the Department, Steve was awarded the Community Policing Unit of the Year for the State of Pennsylvania, having designed and implemented the first mobile unit to have computer communications to run criminal histories from the vehicle. Steve was trained as a Field Training Officer, in Computer Forensics and Critical Incident Stress Management.

Steve is a life member of the FOP Lodge 76, is a member of the Moose, Lowther Manor #781 Masonic Lodge, Zembo Temple, and the West Shore Elks for over 20 years.

Steve is an accomplished ball room dancer and a barbecue enthusiast. He travels to BBQ competitions as a certified BBQ judge for Kansas City BBQ Society, and sometimes cooks competitively.

Steve lives in Cumberland County with his wife Randi, and the two of them are often seen dancing when the whim hits them.